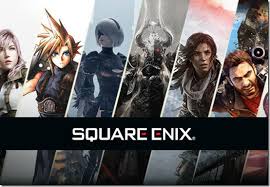 The substantial drop appears to stem from a restructuring effort at new studio Luminous Productions, which seems to have shifted focus to develop large, high-budget triple-A games.

Luminous was set up earlier this year, with key talent from Final Fantasy XV heading up the new studio. It’s not clear exactly how much has changed, as the studio was founded with the claim that it would be developing triple-A titles.

Square Enix failed to comment on performance regarding it’s two big-ticket releases for the six-month period – Nintendo Switch-exclusive Octopath Traveller and Shadow of the Tomb Raider.

That drop was also attributed to poor mobile and browser game performance, and a reduction in licensing income.

But Square Enix is somewhat hopeful for the remainder of the year, predicting net sales to increase by 7.8 per cent to $2.39 billion.

With older titles performing below expectations, Square Enix plans to rebuild its development and operation team for mobile and PC browser games and focus on select new games going forwards.