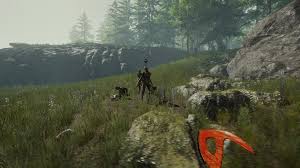 Endlight Games has announced that its horror-themed survival title The Forest has flogged 5.3 million copies worldwide since its release via Early Access back in 2014.

That’s a pretty impressive figure considering the game isn’t exactly backed by a triple-A budget; Endlight revealed that The Forest was originally built on a modest $125,000. The sales are all from the PC version too, as the PlayStation 4 edition of the game has only just come out.

In addition to the milestone, Endlight also revealed that a new patch for the PC edition of The Forest will launch in early December. It’ll include a new ‘late game creature,’ a new weapon type, extra clothing, and fresh buildables among other features.

The Forest sees your character plonked on a mysterious peninsula following a plane crash, although it’s not long before you discover the whole place is inhabited by hostile creatures. As such, it’s up to you to survive by cobbling together weapons, a base camp, and scavenging for essential supplies while fighting off the attacking hordes.