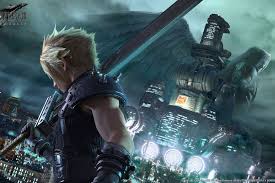 Final Fantasy XV and Final Fantasy XIV: A Realm Reborn are getting a special crossover event next month, developer Square Enix has announced.

The collaboration will be available on December 12 in the US and Europe, and comes as part of a new update. This will introduce a new quest known as Adventurer from Another World, which sees Final Fantasy XIV: A Realm Reborn’s Y’jhimei rocking up in Final Fantasy XV.

You’ll need to polish off the main quest ‘Beginning of The Hexatheon’s Blessings / Touch the First Runestone,’ to access the crossover event, which is located in the Duscae Region.

In addition, you’ll also be able to square off against Garuda, and completing the quest will let you get your paws on the following items: