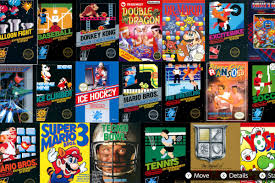 Nintendo Switch Online is getting a trio of new NES games next week, including the classic 1986 action-adventurer Metroid.

Samus’ inaugural outing will be joined by Mighty Bomb Jack and TwinBee, with all three titles arriving on Wednesday, November 14. The games join an existing lineup of classics like Donkey Kong, Super Mario Bros. 3, and The Legend of Zelda, so it’s a pretty decent library already.

Of all the three games confirmed, Metroid is probably the most recognisable of the lot. It established the character of Samus, and influenced countless other games for its exploration-based gameplay that saw players acquiring new gear to unlock previously unreachable areas.

Crucially, it was one of the first video games to include a female protagonist, and became a popular choice for speedrunners thanks to its multiple endings.