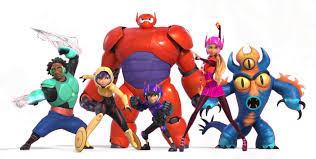 Square Enix has announced that the cast of Big Hero 6 will be reprising their roles for the upcoming Kingdom Hearts 3.

Big Hero 6 is just one of many worlds featured in the highly anticipated Disney-RPG, among which includes Frozen, Tangled, and Toy Story. If you still need to catch up on the story, then there’s always the Kingdom Hearts: The Story So Far compilation on PlayStation 4.

Kingdom Hearts 3 is scheduled for release on January 29, 2019 for PlayStation 4 and Xbox One.

#BigHero6 powered into theaters on this day in 2014!